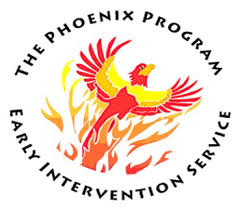 The Treatment of  Psychotic Illness:

has continued to progress over the last 50 years, with advances in Diagnosis, Medication and Psycho-social treatment programs. We have moved forward  to a combination of effective treatment strategies, and partnerships between  Hospital and Community providers which has greatly improved the way we manage psychiatric illness and result in improved outcomes.

was established in 2005 and is a partnership of regional clinical programs jointly managed by Joseph Brant Memorial Hospital, Oakville Trafalgar Memorial Hospital, North Halton Mental Health Clinic, ADAPT, and the Halton-Peel Schizophrenia Society. The program provides service to clients 14-40 years of age experiencing a first episode of psychosis.  There are 3 clinics based in Burlington, Oakville and Milton.

people have trouble distinguishing between what is real and what is not. Psychosis most commonly appears in the late teens or early twenties with a  lifetime incidence of 3%. Psychosis affects men and women equally and is found in all cultures and socioeconomic groups. A first episode of psychosis is particularly frightening, confusing and distressing, both to clients and family, particularly because it is an unfamiliar experience.

1. Delusions are unrealistic and illogical beliefs that are firmly held, not shared by others for example being followed by others, being monitored by cameras, having special abilities or powers, hidden messages in the environment, and thoughts being controlled by people, organization or  an outside source. 2. Hallucinations include voices or noises that no one else hears, visions of people, objects, visual distortions or unusual physical sensations. 3. Disorganized speech, switching rapidly from one subject to the next, or garbled that speech. 4. Thought Disorder, changes in thinking pattern and inability to concentrate, racing thoughts,  jumbled or bizarre ideas. 5. Change in Behaviour: difficulties performing regular activities of daily living, such as cooking or self-care. 6. Inappropriate or Flattened Affect: display inappropriate mood such as laughing while talking about a tragic event, or loss of interest in people, usual  interests or activities.

Psychosis is conceptualizes as having three phases. 1. The Prodromal Phase: usually lasts several months, though the duration can vary. Symptoms that may not be obvious, such as changes in feelings, thoughts, perceptions and behaviours.These symptoms are very general, and may not necessarily be a sign of psychosis,  they could represent normal adolescent behaviour. Family members should track these changes over time—if they persist, this may suggest a developing illness. 2. Acute, Phase: People experience positive psychotic symptoms, such as hallucinations, delusions and disorganized thinking. Some negative symptoms may also emerge. This phase is the easiest to recognize and diagnose, and so it is when most people begin receiving treatment. The earlier treatment starts, the greater the chance of successful recovery. 3. Recovery Phase: acute symptoms reduce in intensity, though some may not disappear altogether. After recovery from a first episode of psychosis, some people  experience a relapse (a second episode). To reduce the risk of relapse, it is very important to continue medication and other treatments as recommended by the physician clinical team.

Psychosis occurs in a variety of mental and physical disorders, so it is often difficult to know what has caused a first episode. Research shows that a combination of biological factors, including genetic factors, create a situation where people are vulnerable to  develop psychotic symptoms. For such people, a psychotic episode may be triggered by environmental factors, stressful events or substance use.  An imbalance in certain neurotransmitters, including dopamine and serotonin, can also be a factor in the development of psychosis.

2. Substance Use and Psychosis: Many recreational drugs including marijuana, cocaine, ecstasy, ketamine, LSD, amphetamines and alcohol can directly induce psychosis. These drugs, including cannabis or marijuana, induce a psychotic episode by affecting the neurotransmitter Dopamine, causing an excess in vulnerable parts of the brain. A psychotic episode caused by substance use may cause the onset of a chronic long-term psychotic illness.

3. Cannabis and Psychosis: Multiple recent studies and research show that cannabis use increases the risk of developing psychosis.  The earlier a person uses cannabis, the more they use, the higher their risk of developing psychosis. Psychiatric illness includes Psychosis NOS, or the onset Manic Psychosis with Bipolar Disorder, Schizo-Affective Disorder, Schizophrenia and Delusional Disorder. These psychiatric conditions frequently relapse and become recurrent, depending whether genetic predisposition, other risk factors, continued drug use, and life stressors, are present. The importance of prevention such as avoiding  further recreational drug use and adequate psychiatric maintenance treatments cannot be emphasized enough, as recurrent psychotic episodes cause tremendous biological stress on the body and brain, and often result in residual psychiatric symptoms such as anxiety, mood  dysregulation, mood instability, depression  and reduction of cognitive executive functions which may cause difficulty in functioning and permanent psychiatric disability. See 2017 article ajp.psychiatryonline.org:Marie Stefanie Kejser Starzer, M.D. et al: Rates and Predictors of Conversion to Schizophrenia or Bipolar Disorder Following Substance-Induced Psychosis

Psychosis can be treated, many people make a good recovery, and early treatment improves outcomes. While it is important to get help as soon as possible, in the early stages of psychosis, people often do not know what is happening to them, they do not seek treatment right away, they may feel there is nothing wrong with them or that symptoms will go away on their own. Some people have concerns about psychiatric treatments and side effects of medications.

In milder cases. people may be treated as an outpatient only, but because psychotic illness impairs the ability to think rationally, people with severe psychosis frequently have poor insight into their condition, may be unable to function, and exhibit uncontrolled, disturbed or dangerous behaviors.  They may be brought into the Hospital by concerned family or by police and require to be admitted and detained on an involuntary basis under the Mental Health Act, Form 1 (up to 3 days), Form 2 (Psychiatric Assessment Order by a Court), Form 3  (up to 14 days)and Form 4 (up to one month) These forms have to be signed by an Emergency Room Physician, Medical Doctor or Psychiatrist  based on an initial assessments performed in the emergency department or psychiatric inpatient unit. Also following admission, a person may require a tranquilizer, sedative and behavioral management to stabilize agitation, anxiety, irritability and sleep disturbance.

Following an inpatient admission,  care is provided by a multi – disciplinary team of psychiatrists, medical Doctors, nurses, social workers, occupational therapy, dietician and pharmacists. Initial investigations include a comprehensive psychiatric history, medical history, developmental history, family history, mental status examination, blood and urine laboratory tests, x-ray, Cat scan, EEG, and MRI tests as required to check for possible medical causes of psychosis. After analysis of all information, team discussion, patient and family conferences, a diagnosis is made of the type of psychosis and a treatment plan is developed. Once the inpatient treatment is completed, the care is transferred to the Outpatient First Episode Psychosis Program.

Antipsychotic medications,or neuroleptics, are usually required to control symptoms of psychosis and  prevent recurrence of further episodes of illness. The most common antipsychotic medications in Canada are: Older, typical antipsychotics include chlorpromazine, flupenthixol, fluphenazine, haloperidol, loxapine, perphenazine, pimozide, thioridazine, thiothixene, trifluoperazine and zuclopenthixol. Newer, atypical, antipsychotics include clozapine (Clozaril), olanzapine (Zyprexa), quetiapine (Seroquel), risperidone (Risperdal), paliperidone (Invega), aripiprazole (Abilify), ziprasidone (Zeldox), lurasidone (Latuda) and asenapine (Saphris). Because some people may not continue taking the medication consistently, a rapid-dissolving or long-acting injectable form of the medication is recommended. Antipsychotic medication must be continued even after the initial psychiatric symptoms have improved. When medication is discontinued too soon, there is a very high risk that symptoms will return. This usually happens a number of months after medication is stopped. The decision on how long a person should remain on medication even if they are stable is complicated and is dependent on the type of psychosis and evaluation of various risk factors.

Are usually manageable with adjustments of medication dosage or switch to another type. They may include 1. Anticholinergic side effects, fatigue, sedation, dizziness, dry mouth, blurred vision and constipation. 2. Extra – Pyramidal side effects: Restlessness, stiffness, tremor and tardive dyskinesia. 3. Metabolic side-effects, weight gain, high blood levels of glucose and cholesterol, and diabetes. 4. Hormonal and Sexual side effects: sexual problems, menstrual changes, and the abnormal production of breast milk in both sexes.